The First Undersecretary of Abyan Governorate, Sheikh Walid bin Nasser Al-Fadhli, directed the governorate’s Public Prosecutor and the Director of Security to take legal measures with the so-called Muhammad Hussein Haidara for his illegal behavior represented in the disbursement of a 250-acre land located in the Al-Koud Triangle in the Khanfar District.

According to the memorandum submitted by the agent Al-Fadhli, the above-mentioned disposed of the specified land for the force affiliated with the Transitional Council without having the right to dispose of the mentioned land.

The directive included taking legal measures with the so-called Muhammad Hussein Haidara, interrogating him, stopping any development of the land, and not owning or documenting anyone. 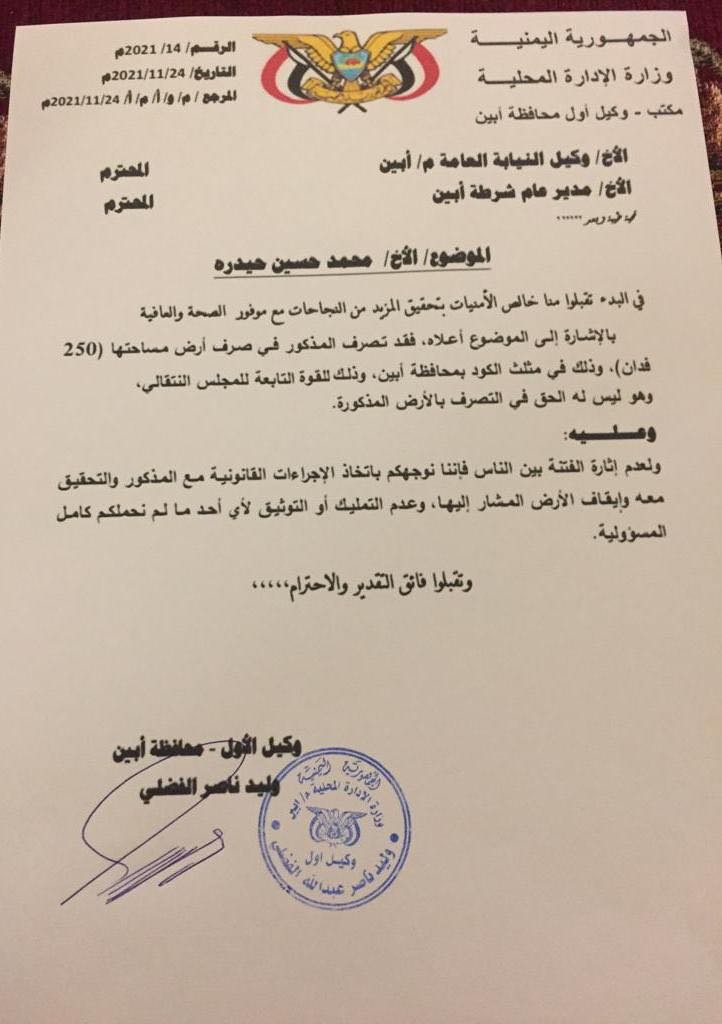