A citizen of Haraz District, Sana’a Governorate, killed his wife, threw her from the highest mountain in the village, and informed his sister of the crime.

Local sources explained the details of the story, in one of the villages of Haraz district, Sanaa governorate, where a citizen of the region killed his wife, Hayah Ali Saleh Frai’, from Bani Saad district, Al-Mahwit governorate, after beating her, last Friday night, and throwing her from the top of the mountain overlooking the house. .

The sources indicated that the wife was an orphan, and fell victim to an alternate marriage, and that her life did not settle with her offender husband, years ago, despite the fact that they had 3 daughters, explaining that the wife’s relatives used to return her to her husband after she was beaten and abused during the past years, in order to preserve the continuity of marriage.

The sources added that the last problem was between the spouses two days before the incident, as her uncles returned her to her husband, who in turn deposited his children with the neighbors and tortured the wife, and slaughtered her before he got rid of her body and threw it from the top of the mountain behind the house.

The sources added that the perpetrator informed his married sister of the Badal marriage that his wife had died, and when the people of the village woke up, they found the body lying under the mountain with signs of torture.

The sources confirmed that the people informed the concerned authorities and demanded swift retribution from the culprit, to serve as an example to others who are tempted to tamper with the lives of others.

Pictures documented by the people were monitored, and the Yemeni scene obtained a number of them. The wife was shown while she was thrown in the mountain. The scene is reluctant to publish all the existing pictures of her ugliness. 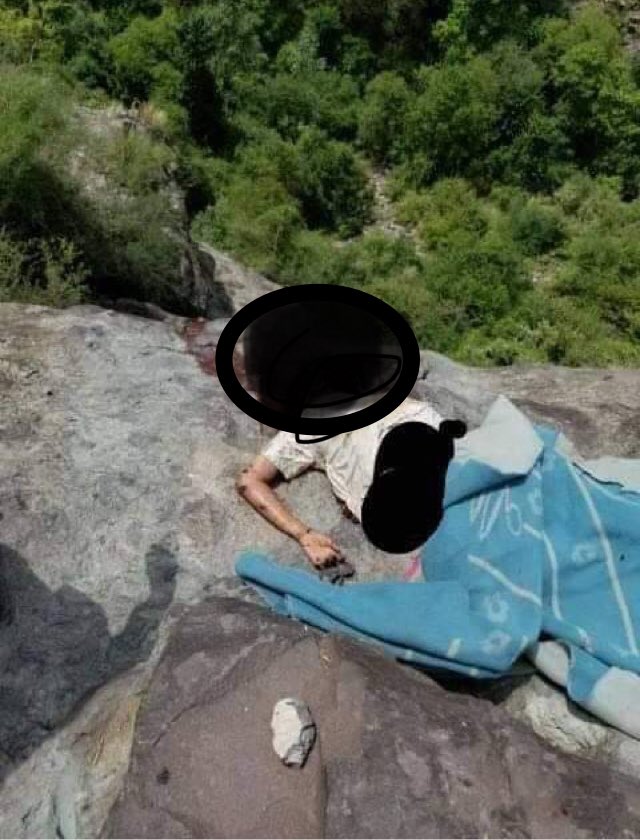