Today, Friday, the city of Taiz witnessed a frightening accident, when a car fell from a cliff at the top of Sabr Mountain, carrying an entire family.

And local sources reported that a car loaded with members of an entire family fell from the top of Sabr Mountain in the city of Taiz, which led to its destruction.

The sources confirmed that there were casualties as a result of the frightening incident, without knowing their number yet, as residents rushed to the site of the accident trying to rescue them.

The sources have not yet been able to know the number of casualties, but they confirmed the presence of deaths, given the distance that the car traveled during its fall from the top of the cliff.

Faraway photos documented the moment the citizens gathered around the car, trying to rescue the victims, who were confirmed by the sources that they were from one family. 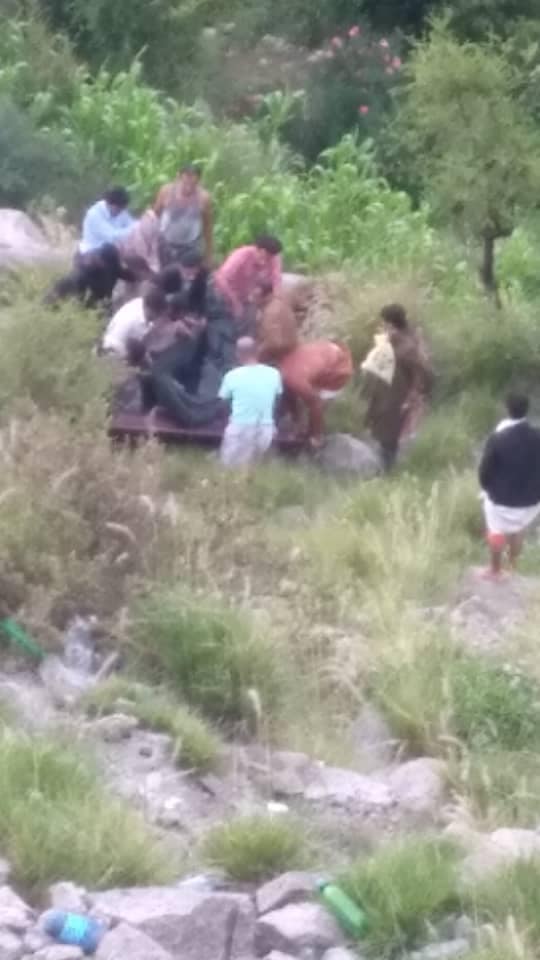