A truck loaded with cows was involved in a traffic accident in Ibb Governorate, last Saturday, and its cargo fled in the valleys and reefs.

Local sources said that a large truck loaded with cows overturned in Naqil al-Humaydah in the Jabal Ras area on the Udayn line, Ibb governorate, last Saturday night, which resulted in the complete escape of the cows carried on it.

The sources pointed out that the cows spread in the valleys, reefs and villages adjacent to the transfer of Al-Humaydah, and the truck driver was unable to follow them and return them.

The sources appealed to all residents of the area to return the cows that were found, and to support the driver in returning them to him. 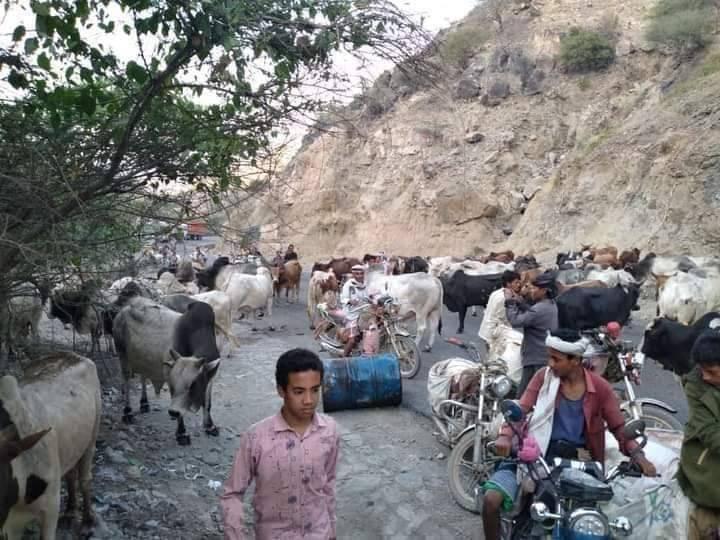 A decline in the prices of fish and meat in Aden