Aden Security Emergency published the names of the victims of the terrorist bombing near Aden Airport, yesterday evening, Saturday.

The explosion caused by a car bomb that had been parked at the entrance to the road leading to the gate of Aden Airport, killed 5 civilians, 3 of whom were unidentified, and wounded 32 others.

The sources said that the son of a local councilwoman, Firoz Muhammed Awdhali, “Sarbaz”, was among the victims of targeting the outer gate of Aden International Airport.

The explosion caused massive damage to homes, shops and vehicles in the area of ​​the explosion.

Officials at Aden Airport announced that air traffic would continue normally after the explosion. 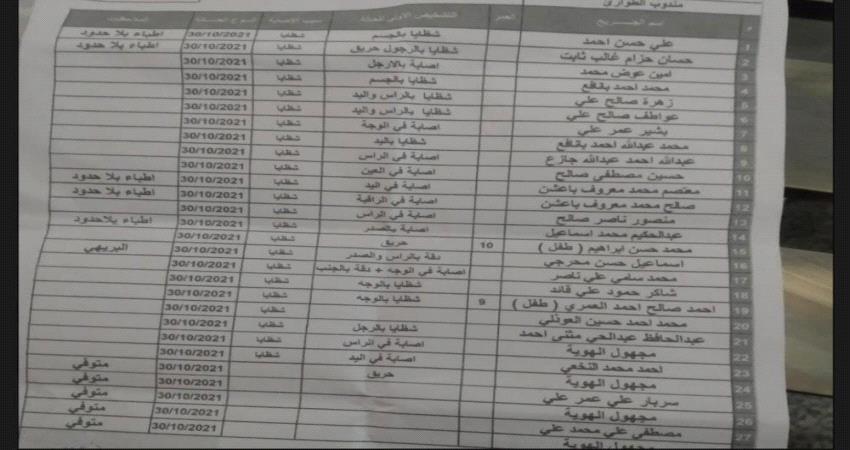 The crying and screaming of Umm Al-Sanabani