The Yemeni Ministry of Awqaf announced the opening of the Al-Wadiah land port to receive pilgrims.

In a circular to citizens, Hajj and Umrah companies and agencies, and international transport companies, Al-Rabbash stressed that they adhere to the instructions and conditions detailed in the circular, which Al-Mashhad Al-Yemeni obtained a copy of.

The circular indicated the conditions for the age of the pilgrim and the valid passport, and not accepting any passport issued after September 1, 2015 AD from unliberated areas because it is not linked to the Immigration and Passports database. 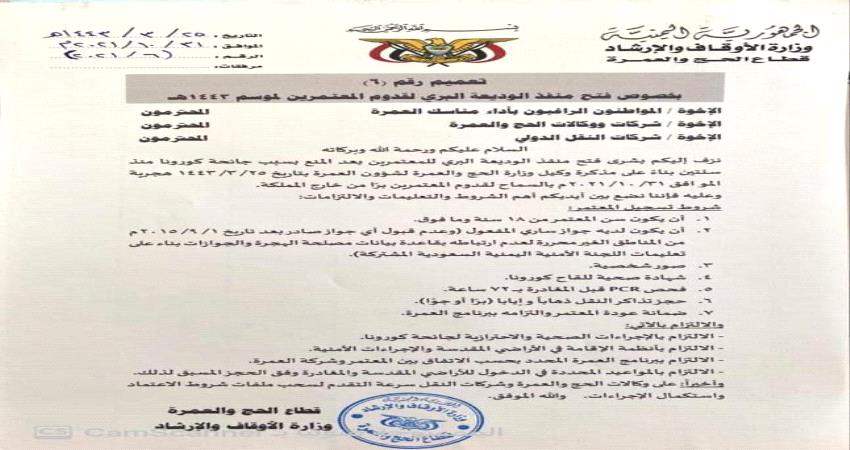 Urgent: An armed uprising against the Houthis… and confrontations with various weapons now, and the killing of an officer in the Preventive Security