The Syrian regime honored a Houthi leader who works as a military attache at the militias’ embassy in Damascus, which is witnessing a break in relations with a number of Arab countries due to the crimes of the Assad regime.

Pictures published by the militia embassy in Syria showed a meeting between the military attache of the militias in Damascus, impersonating a colonel of honor of the Maori, dating back to the middle of this month, the gathering of Major General Kifah Melhem, head of the intelligence division of the Syrian Ministry of Defense.

According to the militias’ statement, the meeting discussed “the developments in the field situation and the course of the recent military confrontations in Yemen.”

Other photos also showed that the Assad regime hosted the ambassador of the Houthi militia at the graduation ceremony of Syrian officers.

The Houthi militia enjoys Iranian support in addition to the support of the Syrian regime. It is also trying to obtain diplomatic recognition from other countries, especially Lebanon, where the authorities are under the control of Hezbollah, which is classified as a terrorist in a number of countries. 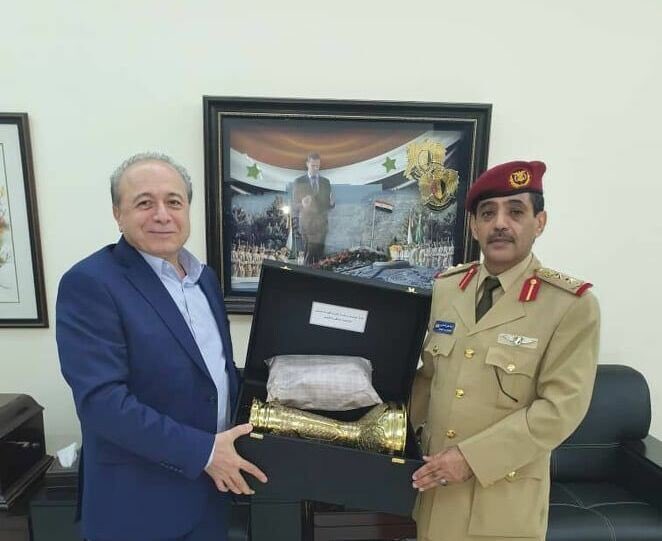 “Al-Arada confirms that the war is a debate, and Marib will remain a starting point for restoring the state.”

Sudden withdrawal of Tariq Saleh’s forces from Hodeidah..Houthi militia takes over a number of areas (video)