American forces, armored vehicles, and search dogs were deployed in the streets of Ghayl Bawazir city in Hadhramaut governorate, in light of unprecedented security moves in the governorate following a terrorist bombing targeting officers in the Ministry of Interior in Seiyun, last night.

Local sources said that American forces and armored vehicles, accompanied by search dogs, have been deployed since Tuesday morning in the streets of Ghayl Bawazir, east of Mukalla in Hadhramaut Governorate.

The sources pointed out that the forces set up checkpoints around the city hospital, without knowing the reasons so far.

Pictures showed the spread of armored vehicles, soldiers and police dogs, before they arrived in the city of Gail Bawazir, and there was no official announcement regarding what was happening.

And last night, the Ministry of Interior mourned the martyrdom of three of its best officers, who were killed after they were targeted by planting an explosive device in their vehicle in the city of Seiyun in the Hadhramaut Valley. 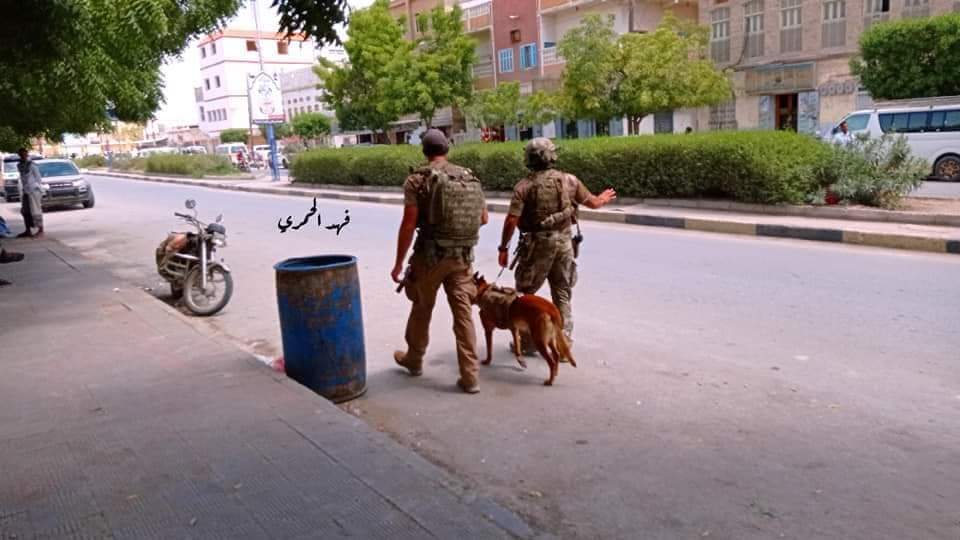