The decision stipulated, according to the company’s announcement, assigning Dr. Saleh Amr Al-Jariri as general manager of the Yemeni Oil Company, Aden branch.

The second article of the decision stipulated that it be implemented by the concerned authorities with the tasks of their competence and that it shall be implemented from the date of its issuance.

It is noteworthy that the governor of Aden, Ahmed Lamlas, had issued a decision assigning Al-Jariri to run the company’s business in mid-July. 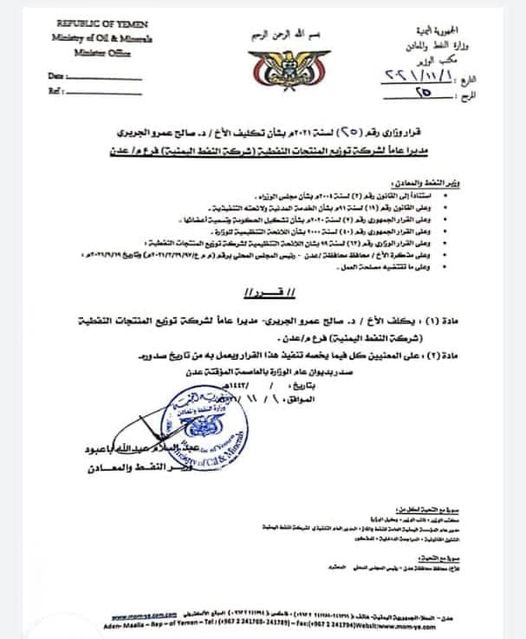 Do we expect the defeated to win for Yemen?

“The Emirates” challenges “America” ​​over the conciliatory path with “Syria” in conjunction with the resumption of the manufacture of a light fighter in “Dubai” with the participation of “Russia”.

Hadhramaut governorate deputy confirms: We will only be on the side of our citizens