A number of Yemeni parliament members demanded the suspension of the Stockholm Agreement signed between the Houthi militia and the legitimate government regarding the city of Hodeidah.

A document addressed to President Hadi showed 38 parliamentarians calling on President Hadi to cancel the agreement sponsored by the United Nations in 2019 as a result of the militias’ repudiation of its implementation, and their continuous escalation in Marib, Shabwa, Al-Bayda and the rest of the governorates.

The deputies who signed the document, from various parties, stressed the need to move the Hodeidah governorate front and liberate it, and actually start moving towards liberating the capital, Sanaa, and the rest of the governorates from the Houthi militias. 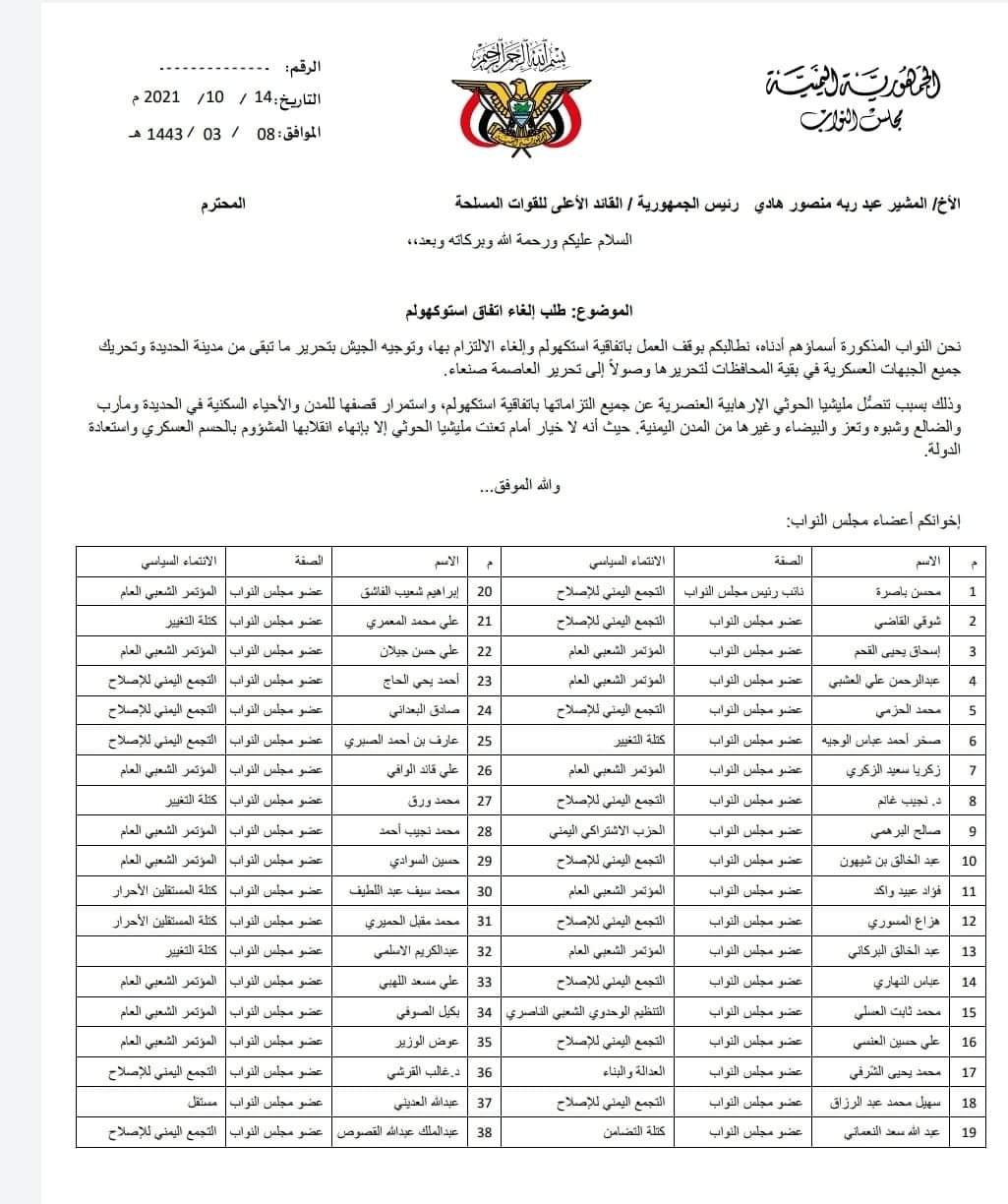