A Yemeni wife died in Taiz Governorate, after she was tortured by her husband, and deprived of food and drink, for several days, until she passed away.

Local sources said that the wife, Iqbal Saeed Ghaleb Dheeb, who is from Taiz Governorate, the village of Al-Hayjah, the isolation of Al-Assad, was subjected to fatal torture by her husband, A.Y.S., and deprived of food and drink until she breathed.

The sources indicated that the husband imprisoned his wife, beat her, and deprived her of food and drink for several days, until she died, despite her begging and pleading with her to save her from hunger and thirst, but to no avail.

The sources added that the villagers were aware of what was happening to the wife before her death, but they preferred to remain silent, for fear of the perpetrator.

The sources appealed to the concerned authorities to play their role in apprehending the culprit and punishing him.

Pictures and documents showed the condition the wife reached before her death, appeals to the official authorities, and audio documentation of her distress, according to the sources. 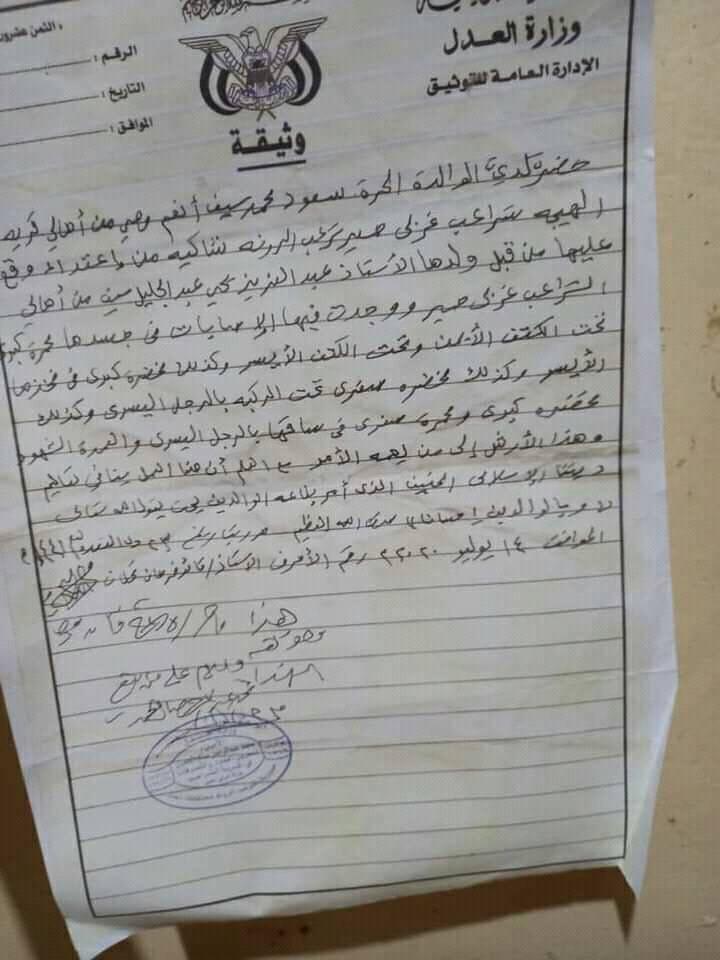 Urgent: The leaders of the Transitional Council fled from Aden a while ago

Sports..a new window for peace and happiness for Yemenis