A leaked document showed demands for the payment of about 10 million Saudi riyals, in exchange for holding a new session of the Yemeni parliament, in the city of Sayun, after its sessions stopped nearly 3 years ago, after one session was held for the first time more than 3 years ago.

The document included demands for the payment of 50,000 Saudi riyals as a reward for each member of the House of Representatives, in addition to fictional expenses in exchange for transportation from abroad to the location of the parliament session.

The total proposed demands to be submitted in return for holding a session of Parliament amounted to 9 million and 857 thousand and 175 Saudi riyals.

The document provoked a wave of widespread anger, as a result of the demands of the council members for these astronomical sums, and imaginary exchanges, and the requirement that they be in Saudi riyals, at a time when the Yemeni riyal is witnessing the worst collapse in history.

The Yemeni scene was unable to verify the authenticity of the circulated document, but sources close to the government confirmed the requirements and absurdity of the parliament’s presidency and the majority of its members in return for holding the council’s sessions. 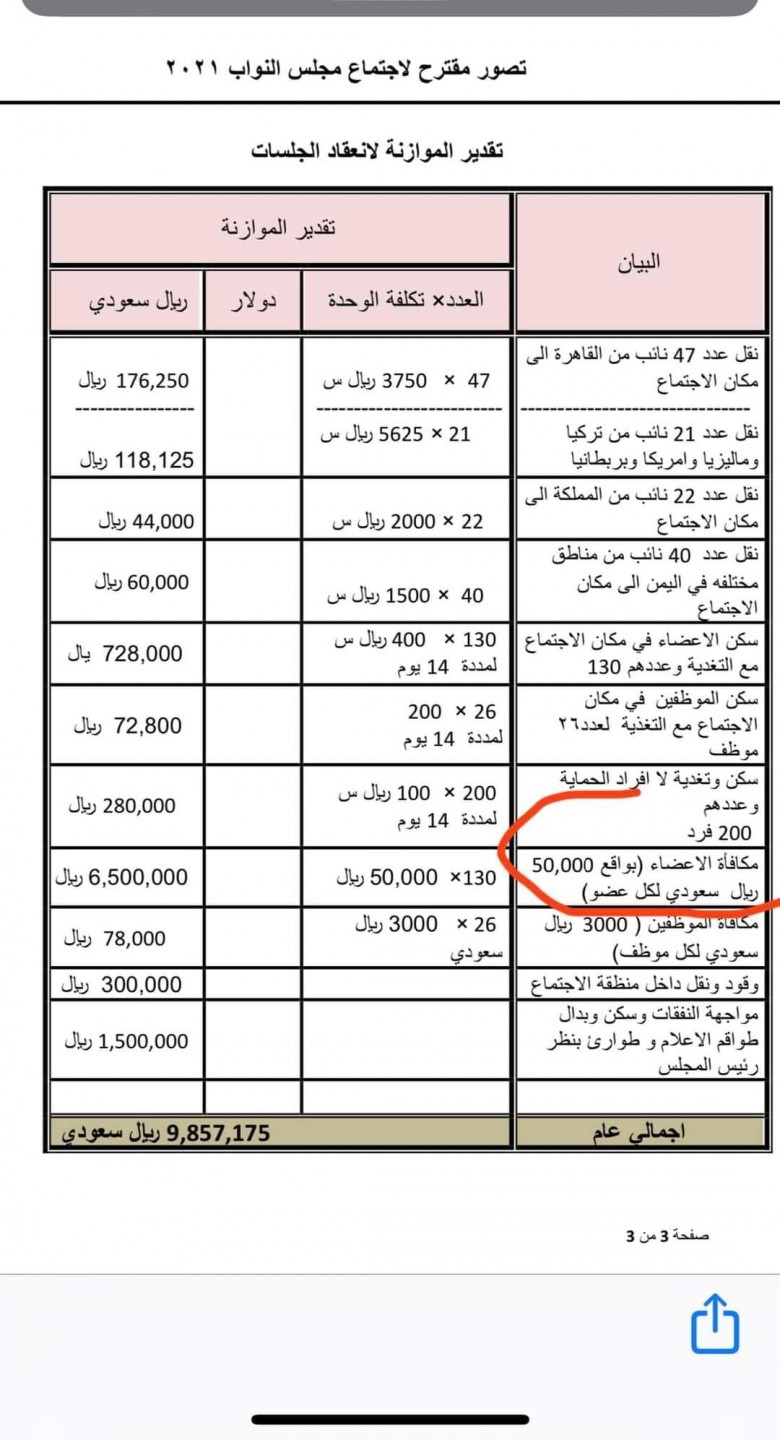 Did Haider Al-Attas make a mistake?

New victories for the army..Field sources confirm that Al-Jawf is on the date of the great victory

After his victory over the “Sana’a Unit”, “Fahman Abyan” is the champion of the Yemeni league for the first time