The Houthi militia has confiscated the homes of a number of Yemeni army officers in Sanaa, after storming it, expelling their families and looting its contents.

Local sources told the Yemeni scene, that the Houthi militia stormed and confiscated the homes of three former Yemeni army officers, in the village of Al-Qabil in the Jidar region, north of the capital, Sanaa.

The sources pointed out that the militias stormed the house of Brigadier General Ali Muhammad Al-Hayi in the village of Al-Qabil and looted all its contents after expelling the family of one of his relatives who lived there.

The sources added that the militias also looted and confiscated the homes of Colonel Khaled Ali Qana, Colonel Asim Saleh Amer Moawadeh and Colonel Yahya Ahmed Sa’tra, in the same village, which is located near Dar Al-Hajar in Wadi Dahr, north of the capital.

It is noteworthy that the militias, according to the sources, are seeking to confiscate the funds, homes and properties of army officers and opponents, who have played a role in confronting them, since they stormed the capital, Sanaa, and the Saada wars, within the Yemeni army.

A document obtained by the Yemeni scene showed a list of the names of more than 460 officers and politicians from its opponents, parliamentarians, government officials, and charities, whose militias are seeking to confiscate their property and homes, after extracting judicial rulings regarding them from courts under their control. 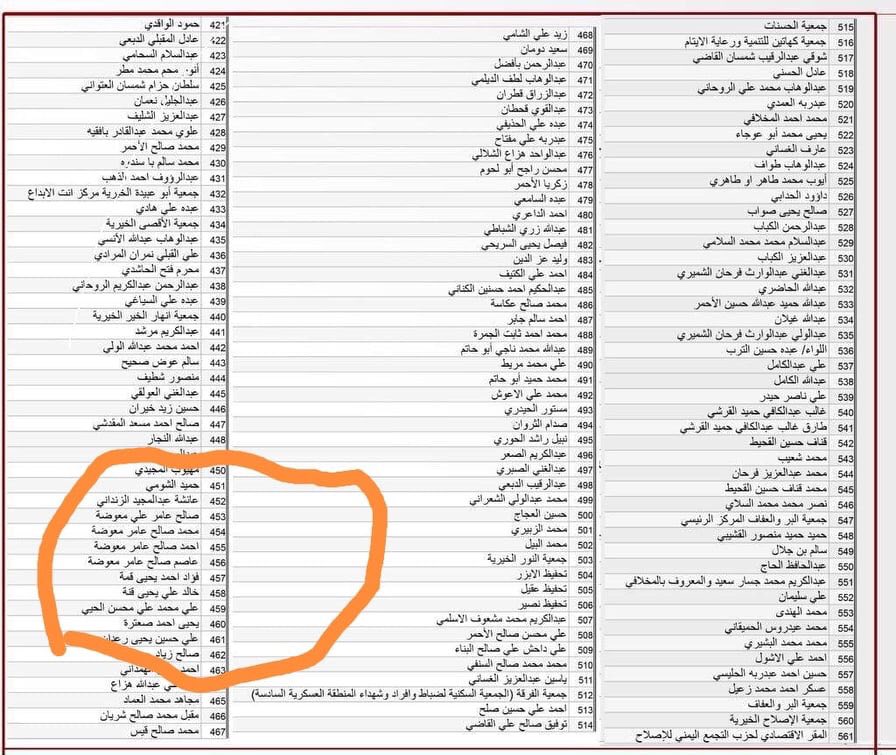