The Houthi militia kidnapped a social dignitary after his election as a delegate to follow up on the lands of citizens in Sanaa, after the militia tried to loot these lands.

And local sources told the Yemeni scene today, Monday, that the Houthis kidnapped Sheikh Essam al-Qawsi after his refusal to confiscate the lands of citizens in the western 50s and al-Sinnah and in Mazbah in the capital, Sana’a.

The sources added that Sheikh Al-Qousi, who was elected by the citizens as their representative to monitor their lands, which the Houthi-appointed military committee is trying to confiscate, was kidnapped after leaving his home the day before yesterday in the western Al-Khamseen region.

The sources pointed out that the Houthi military committee issued official memoranda that forced citizens who obtained lands in the regions to sign them, which included the prohibition of construction and development in these lands.

Citizens who benefited from state lands that were spent on them during the era of the former regime demanded the Houthi militia to release Sheikh al-Qawsi, calling on the beneficiaries to defend their lands so that the Houthi militia would not plunder it, as it looted the salaries of employees since it came to power. 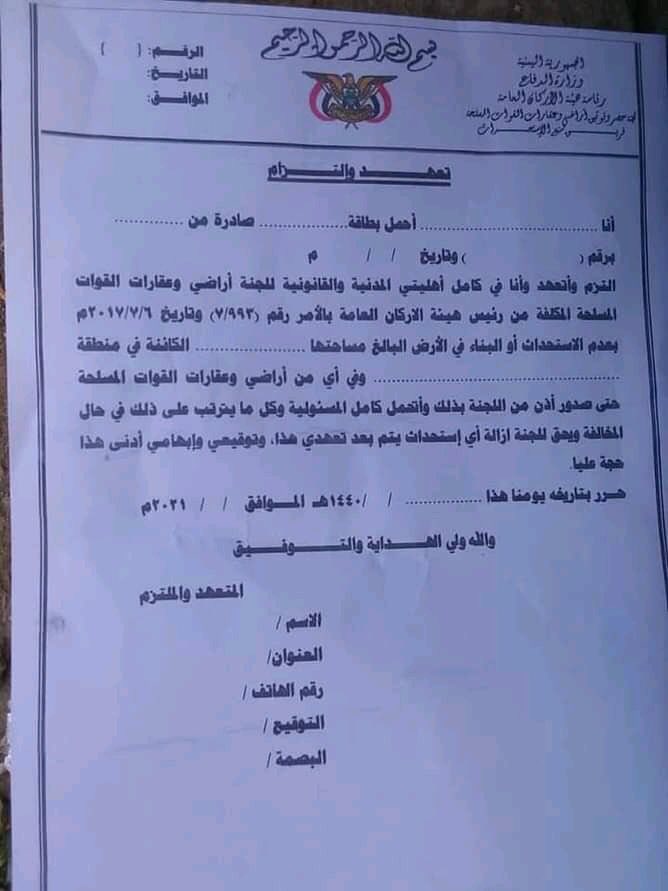