One of the sheikhs of the Abdiya district of Marib governorate was killed, after 4 of his sons were killed during the battles of the past days against the Houthi militia, which is imposing a suffocating siege on the district.

Field sources said that Sheikh Nasser al-Saeedi was killed during last night’s battles in the Abdiya district, after the killing of his four sons.

The sources pointed out that Sheikh Al-Saidi lost his four children during the battles of Al-Abdiyyah, who are “Al-Bara, Al-Mundhir, Moaz and Anas”, in light of a suffocating siege imposed by the Houthi militia on the district, trying to storm it. 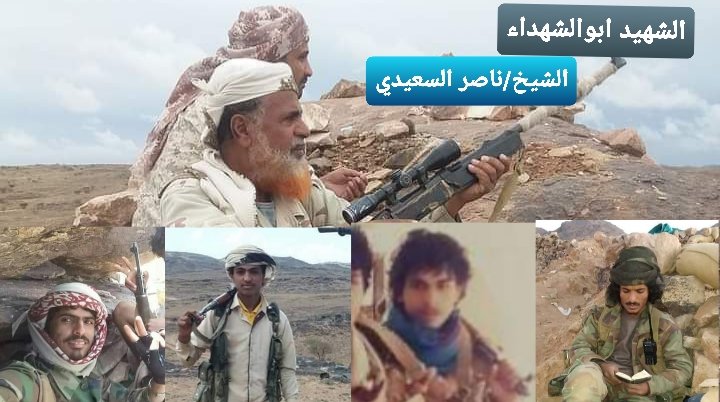 The fall of Harib Marib Directorate in the hands of the Houthi militia..and this is what is happening now

The truth about amending traffic violations in Saudi Arabia