The organization published a picture of a child who said he was from the LGBT community with a gay flag behind him, calling on Arab children to support him as an advocate for homosexuality.

Next to the child’s photo, the organization wrote: “Rowey Holohan, 16, is a LGBT activist from Ireland and an advocate for equality.”

“This year, for this year’s World Children’s Day, head to Rawaire to meet other young advocates taking a stand on children’s rights,” she added.

The organization’s promotion of homosexuality among Arab children sparked outrage among the public, calling to stand up to its suspicious activities.

UNICEF, along with other United Nations organizations in Yemen, is active under the name of relief and humanitarian work. 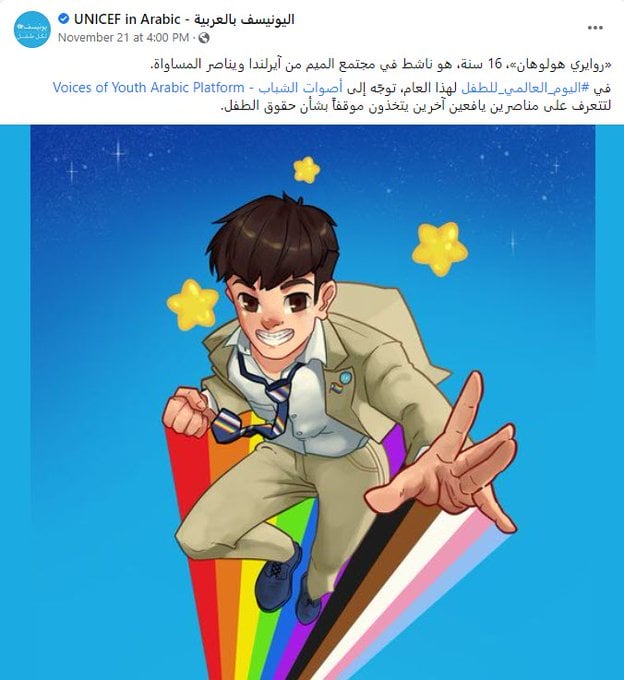 The American envoy arrives in Aden, coinciding with rapid developments in Marib

A right-wing politician thwarted a coup attempt in France